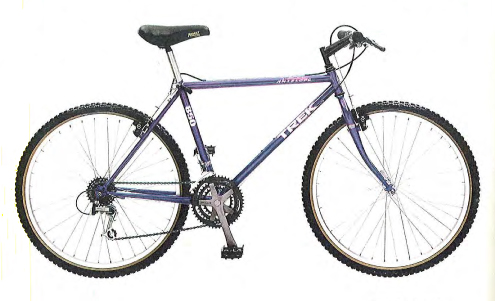 After finishing my professional training in 1990, I wanted to start bicycling again after not doing any cycling for 12 years. At the time, mountain bikes were all the rage and most small shops stocked mostly MTB's and few road bikes. I was seriously ignorant about bicycles at the time and ended up buying a Trek 850 mountain bike that I rode almost exclusively on paved roads. After a year, I learned more and replaced it with a road bike that I ordered from Performance .

Later, I bought a better mountain bike made by Cannondale and eventually scraped the Trek 850 for parts.